The Pros And Cons Of The Common Core Standard 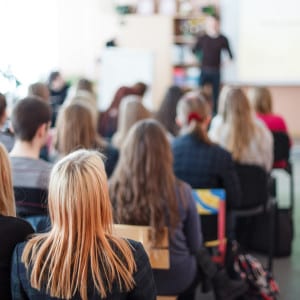 Most of the country’s 50 states have adopted what’s known as the Common Core Standards Initiative, which provides rules that each state must follow in order to provide a standard education for all children in the areas of English Language Arts and Mathematics. It’s been widely debated since its introduction in 2009, when Kentucky became the first state to implement the curriculum, with some states working to repeal or replace the Common Core standards they initially adopted.

Although Kentucky reported increased graduation rates, tests scores and life readiness skills, not all states have seen such success. States that first took on the practice of the Common Core Standards – like Missouri, Oklahoma and both Carolinas – have since decided that the educational standards laid out by a Common Core curriculum are not fitting their state’s needs. The standards are copyrighted by the NGA Center for Best Practices and the Council of Chief State School Officers, of which a license is offered to all schools on two conditions: the use of the curriculum must be in support of Common Core standards, and schools that use Common Core must adopt the standards in whole.

Since some states fully support Common Core while others oppose it, this is a good time to take a look at some of the pros and cons that surround what Common Core stands for.

The Pros Of The Common Core Standards

Even though this topic is widely debated amongst parents, educators, state officials and lawmakers, there are some pros of this educational implementation that can’t be ignored.

The Cons Of The Common Core Standards

Just as there are positive results from a Common Core curriculum, there are negatives, as well. Here’s a look at some of the cons that come from implementing the Common Core Standard.

While there are definite pros and cons for the Common Core Standards Initiative, the choice in your child’s schooling is still up to you. If you live in a state that has not adopted this new curriculum, you might consider relocating to one that does. On the other hand, if you are in the midst of Common Core and oppose its principles, you might want to move to a state that has not yet adopted these standards. Homeschooling is also an option, should you have the resources to provide a fair education for your child.

Special Education Resource understands there is no one right or wrong way to teach a child what they need to know, and offer custom lesson plans and one-on-one tutoring for the times you need it most. Supplemental learning is becoming an increasingly popular method of ensuring children reach their excellence.


This entry was posted on Saturday, November 15th, 2014 at and is filed under Common Core Standard and tagged as . You can follow any responses to this entry through the RSS 2.0 feed.

Why is Growth Mindset Important in the Classroom?

Have you heard a few of these in your classroom? You probably have heard all of them in one day! Teaching growth mindset in the classroom will benefit the students…

How to Empower Young Girls and Build Confidence

As leaders, we hope that we are doing all we can to empower young girls and build their confidence. We want our daughters and female students to grow up to…

How Hyperdocs Will Improve Your Students Learning

Technology is growing more rapidly than ever. It is essential as a teacher to learn, move, and grow with it. Of course, this is all while keeping the students’ safety…

Common Core is sweeping the nation as the new way for children to learn. It’s important to understand both The Pros And Cons Of The Common Core Standard.