Who Will Step Up For Education? Politicians Or The Public? 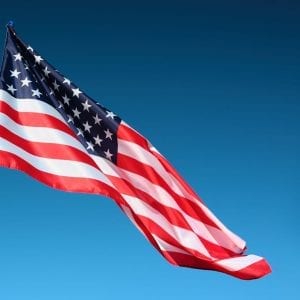 While the media would have us believe that we are a country divided beyond reconciliation, there is one thing just about everyone agrees on – the public school system is broken. Now, when you start talking about why the public school system is broken, you’ll find a big divide. One group thinks government should be doing and spending more to fix things. The other group thinks government should back off and let states and local communities do what is best for their locale. Who’s right? Who is ultimately going to “fix” the school system?

Since the late 1970’s when Jimmy Carter, the first president endorsed by the NEA, created a separate Department of Education, education has become increasingly political. From a budget of $11.8 billion in 1970, the DOE’s budget ballooned to $77.8 billion in 2011 while reading and math scores have remained flat. From Title IX to No Child Left Behind to the Lunch Police, politicians give schools lip service and lots of money without the results to justify the expenditures.

Today, most states (45) are contending with the Common Core – another top-down initiative. Who will benefit most from these new national standards?

Albert Einstein’s definition of “Insanity” was: doing the same thing over and over and expecting a different result. Even a cursory glance at the history of education in the United States meets this criteria.

When left to their own devices, average citizens joined together for a common cause can achieve remarkable results. The following examples demonstrate the best of what education can be without any help at all from politicians.

In regards to education, the most innovative and successful change has and will come from the public. One of the great things about the United States is the fact that everyone can get an education. The need for public schools and an educated electorate is crucial. It is in the hands of the public to ensure the government sticks to its constitutionally appointed duties and that the local communities are doing what’s best for its students.

What are your thoughts? Is education best fixed by Washington, or Main St America?

This entry was posted on Wednesday, September 16th, 2015 at and is filed under School System and tagged as Parent Involvement, Strained School System. You can follow any responses to this entry through the RSS 2.0 feed.

Being a Special Education Teacher in the Public School System

I have worked for the public school system as a Special Education Teacher for grades Kindergarten through the fourth grade. Let me tell you. The experience was very eye-opening to…

Why is Growth Mindset Important in the Classroom?

Have you heard a few of these in your classroom? You probably have heard all of them in one day! Teaching growth mindset in the classroom will benefit the students…

How to Empower Young Girls and Build Confidence

As leaders, we hope that we are doing all we can to empower young girls and build their confidence. We want our daughters and female students to grow up to…

There’s zero doubt that the U.S. education system is in trouble. The question is, how do we fix it? Is it better left in the hands of Washington or Main St. USA? Statistics have shown, that when education is taken out of federal hands, students excel! That when given outside resources to pick up where their classroom left off, such as special needs tutoring, children outperform. As parents and educators, what are your thoughts?